Despite huge areas of forest habitat loss each year due to slash and burn agricultural practices, some species are able to adapt, such as chimpanzee and also many snake species. Here are some photos of snakes caught recently in Tonkolili District. 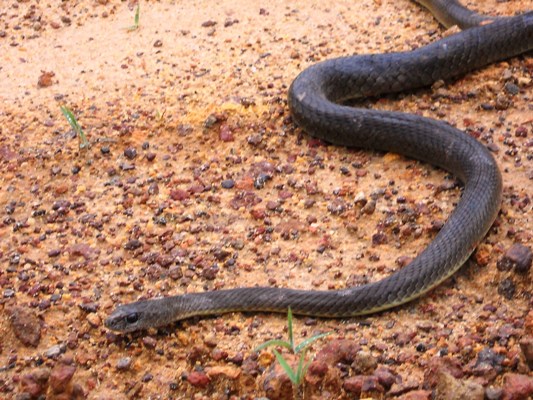 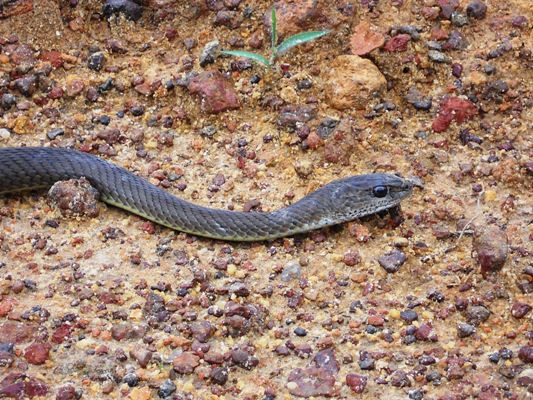 The Olive whip snake looks very much like a black mamba from first glance, but has backward facing fangs, slightly more shiny skin and is nowhere near as deadly. 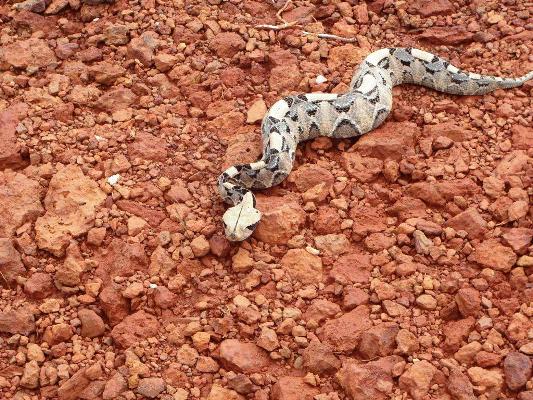 The Gaboon Viper feeds on small mammals (particularly rodents), birds and amphibians such as frogs. Their excellent camouflage allows them to hide in leaves on the forest floor while waiting for prey. The Gaboon is a venomous snake and its bite can be very harmful and possibly fatal to humans.The average length of an adult Gaboon Viper can range from 4 – 6 feet. The Gaboon is a heavy snake with a weight of 15 – 18 pounds. The Gaboon Viper’s fangs can be from 1 – 2 inches in length. The Gaboon has excellent camouflage with angular brown shapes on its back and a tan head that is shaped like a leaf.
The western green mamba or West African green mamba (Dendroaspis viridis) is a long, thin venomous arboreal snake native to West Africa, including Liberia and Côte d’Ivoire. It has large green scales outlined in black, and grows up to two meters in length. The scales on its long tail are yellow and edged in black. It is mostly diurnal, but may be active at night as well. Its habitat is the rainforest. Its natural prey includes birds, lizards, and mammals. Two very close relatives of the Western green mamba are the Eastern green mamba, and the Black mamba. 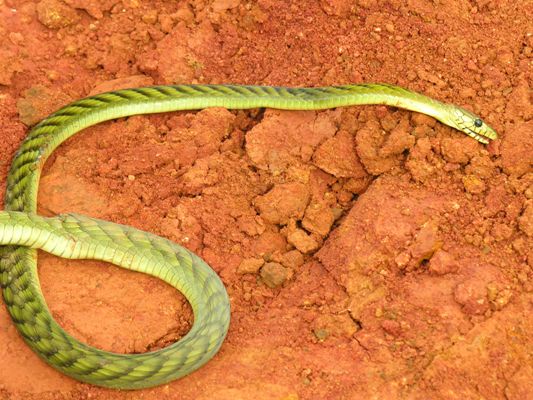