Andy is Biodiversity Coordinator for TOTAL East African Crude Oil Pipeline, that with feeder lines, will run for over 1500km from near Lake Albert in Uganda across Tanzania to a new Marine Terminal at Tanga on the Indian Ocean.

Large areas within the ‘Area of Influence’ for the Project include habitats that qualify for the International Finance Corporation (IFC) definition of “Critical Habitats” (IFC, Performance Standard 6).

The Albertine Rift is one of Africa’s most significant biodiversity hotspots.   It encompasses mountains, savannahs, tropical forests, wetlands and lake ecosystems, extending from Lake Albert in Uganda, southwards through DRC, Rwanda, Burundi and Tanzania, to the south end of Lake Tanganyika.   The tropical high forests of this area are exceptionally important for the conservation of biodiversity in general, for great apes in particular, and for the ecosystems services on which local communities depend.  They harbour an astounding biodiversity; 52% of Africa’s bird species; 39% of it mammal species; 19% of its amphibians; 14% of its reptiles; and 14% of its plants.   These forests serve as water catchments for major rivers, and they provide fuelwood, poles and timber for local communities.

Outside the protected area system, the forests of the Albertine Rift are being cleared at an unprecedented rate.   Human populations in the area have been increasing rapidly, and as more people rely on subsistence agriculture for their livelihoods, remaining large and small forest patches are cut down.   Research indicates that there will be almost no forest remaining in community areas in 10 years. 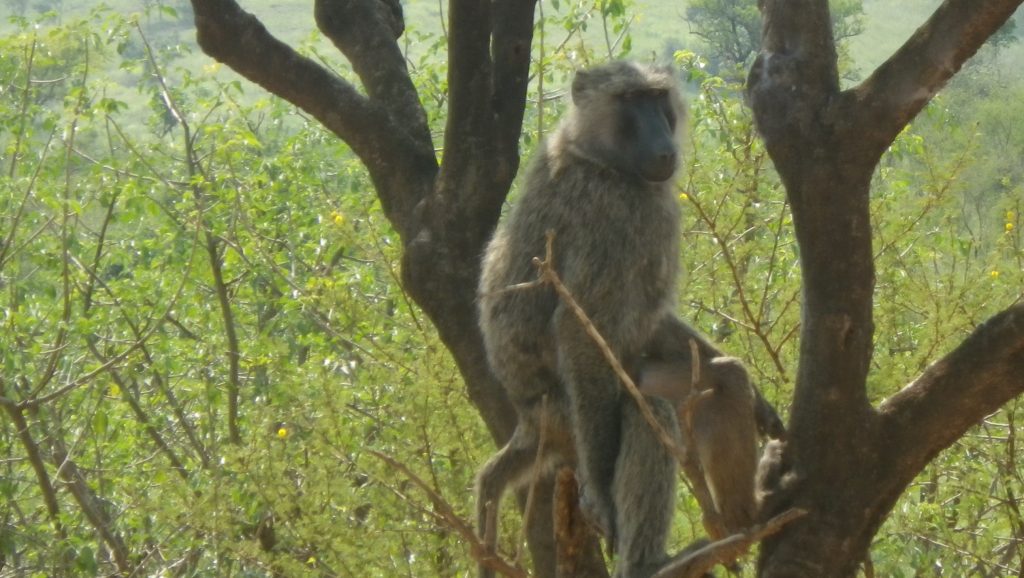