Until now the UK has been self-sufficient in gas, thanks largely to abundant supplies from gas fields, predominantly in the North Sea. Unfortunately this situation will not continue. At the moment, the UK has more than 21 million gas customers and this number is rising daily. The reality is that the offshore fields are decreasing in output and demand for gas from homes and businesses is growing at such a rate, that analysis shows that the UK will become increasingly dependent upon imported gas over the coming years.

Two new terminals to import Liquefied Natural Gas (LNG) are being built at Herbrandston and Waterston, both of which are near to Milford Haven. The terminals are being developed by South Hook LNG and Dragon LNG. The LNG will arrive by ocean-going tanker, be transferred ashore into LNG storage tanks and then converted back into gaseous form, for onward transportation through the National Gas Transmission System. Although the terminal developers are independent from National Grid, under the terms of our operating licence we have a duty to connect them to our National Gas Transmission System, to ensure that the gas they export is safely and economically delivered to where it is most needed by users throughout the UK.
The pipelines

To connect the new terminals, and to reinforce the existing National Gas Transmission System, we have built two new pipelines which are now complete. The pipelines, which run from Milford Haven to Aberdulais, near Neath, and from Felindre, near Swansea to Tirley in Gloucestershire, are 1220mm in diameter and 316km in total length. 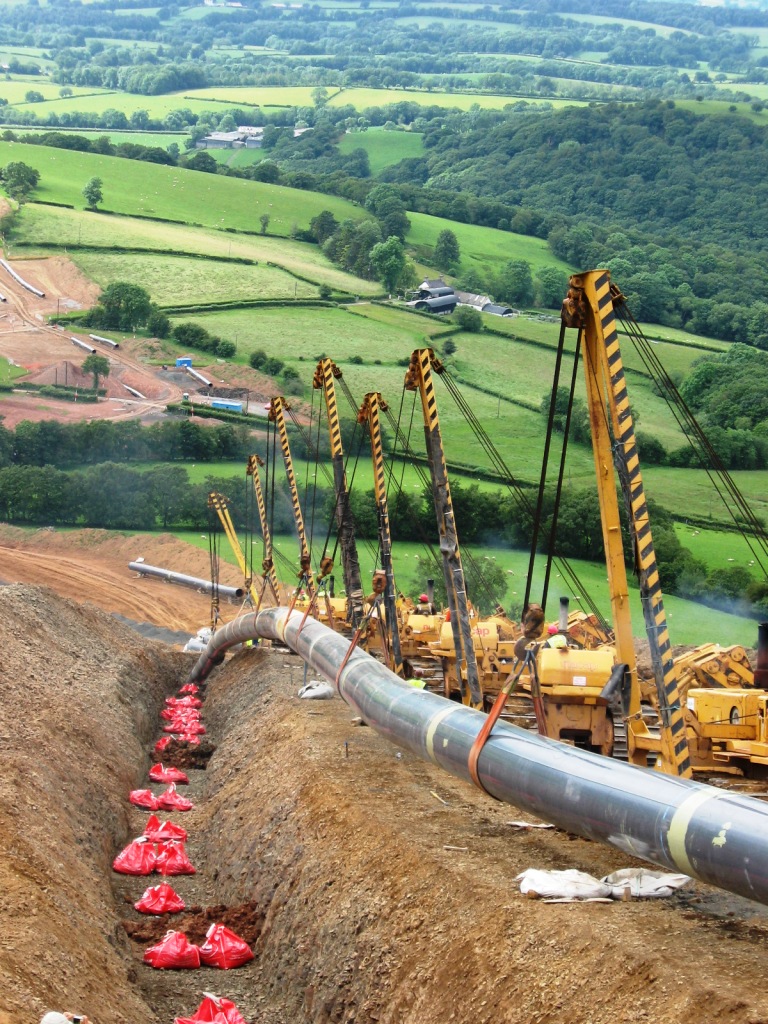 Ditching the pipe in the Brecon Beacons National park 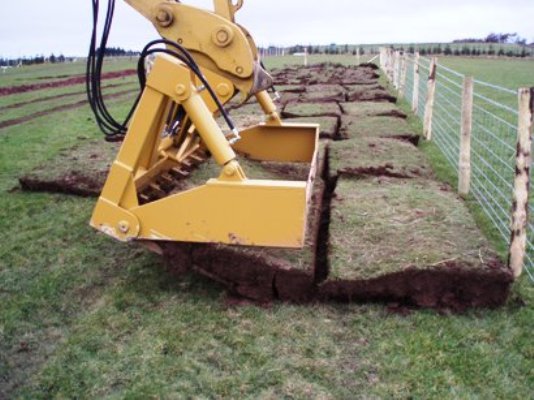 Specialist turfing techniques were used in the National Park uplands 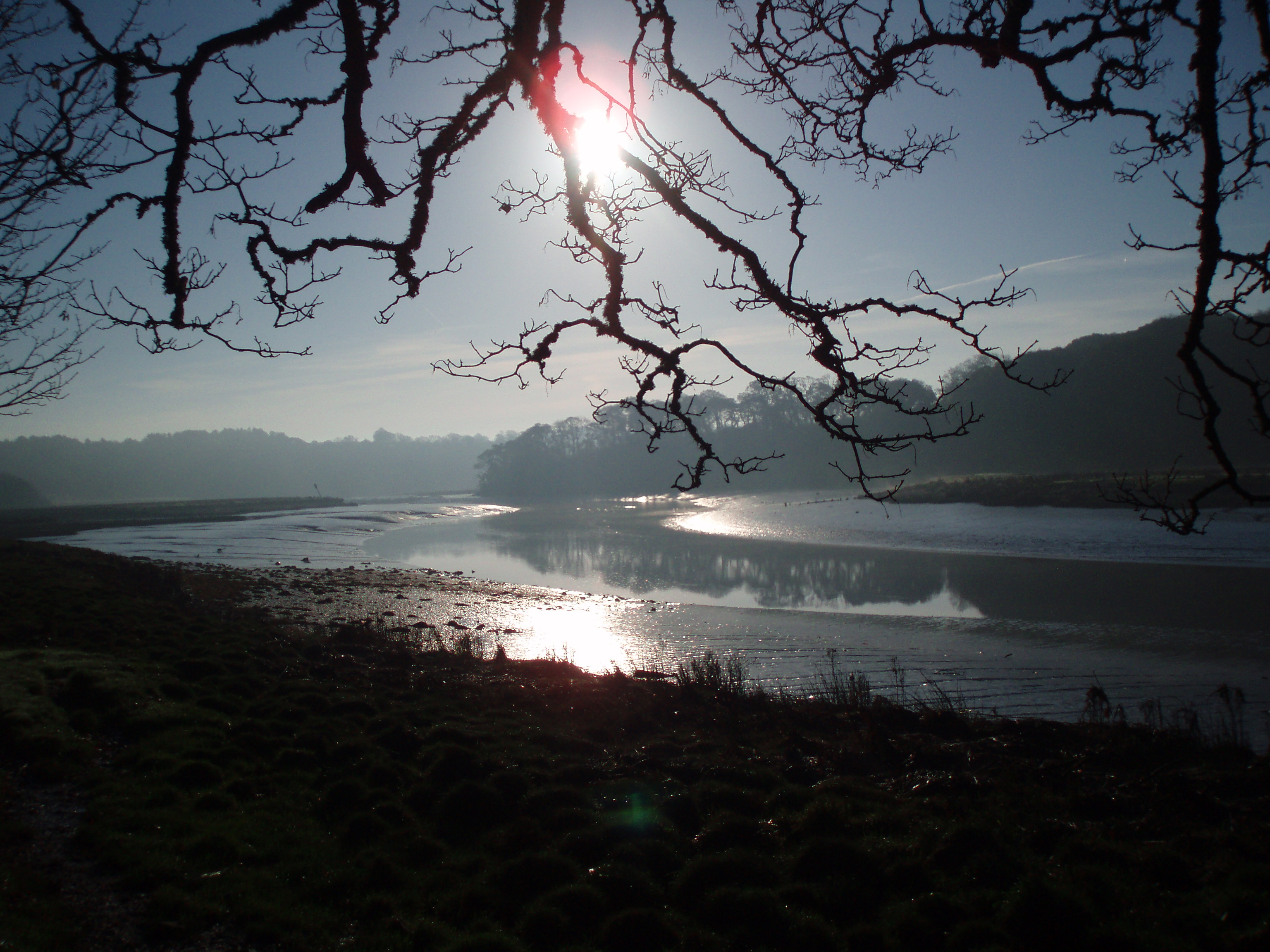 One of the protected estuaries crossed by the pipeline