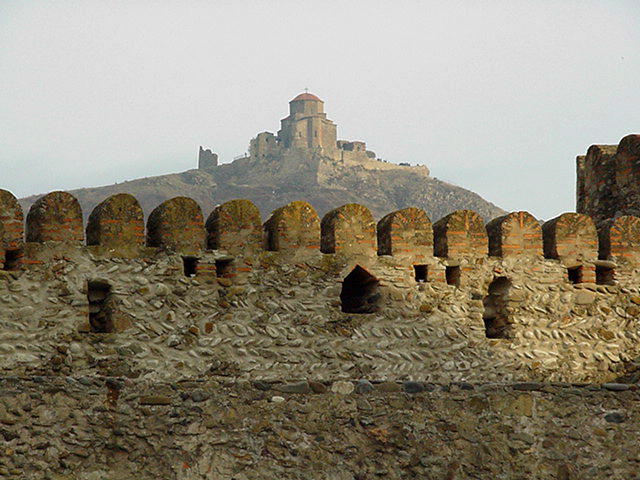 The Baku-Tbilisi-Ceyhan pipeline is a 1,768 kilometres (1,099 mi) long crude oil pipeline from the Azeri-Chirag-Guneshli oil field in the Caspian Sea to the Mediterranean Sea. It connects Baku, the capital of Azerbaijan; Tbilisi, the capital of Georgia; and Ceyhan, a port on the south-eastern Mediterranean coast of Turkey, hence its name. It is the second longest oil pipeline in the world after the Druzhba pipeline. The first oil that was pumped from the Baku end of the pipeline on May 10, 2005 reached Ceyhan on May 28, 2006
The Caspian Sea lies above one of the world’s largest groups of oil and gas fields. As the Caspian Sea is landlocked, transporting oil to Western markets is complicated. During Soviet times, all transportation routes from the Caspian region were built through Russia. The collapse of the Soviet Union inspired a search for new routes. Russia first insisted that the new pipeline should pass through Russian territory, then declined to participate. A pipeline through Iran from the Caspian Sea to the Persian Gulf is the shortest route from a geographic standpoint, but Iran was considered an undesirable partner for a number of reasons: its theocratic government, concerns about its nuclear program, and United States sanctions that restrict U.S. companies’ investment in the country. The Baku-Tbilisi-Ceyhan Pipeline Company (BTC Co.) began in London on 1 August 2002. The ceremony launching construction of the pipeline was held on 18 September 2002. Construction began in April 2003 and was completed in 2005. The Azerbaijan section was constructed by Consolidated Contractors International of Greece, and Georgia’s section was constructed by a joint venture of France’s Spie Capag and US Petrofac Petrofac International. The Turkish section was constructed by BOTAC. Bechtel was the main contractor for engineering, procurement and construction.
From 2003-2007 Andy Huckbody was the Environmental and Social Manager for BP, as lead of the consortium. He managed a team of E&S field staff monitoring and managing the construction of >500km of oil and gas pipelines, through some of the most challenging mountainous terrain and settlements. He managed every aspect of the construction of the pipelines form pre-construction surveys to reinstatement and was awarded and commended by BP Management for his excellent work during reinstatement of particularly difficult landscapes. 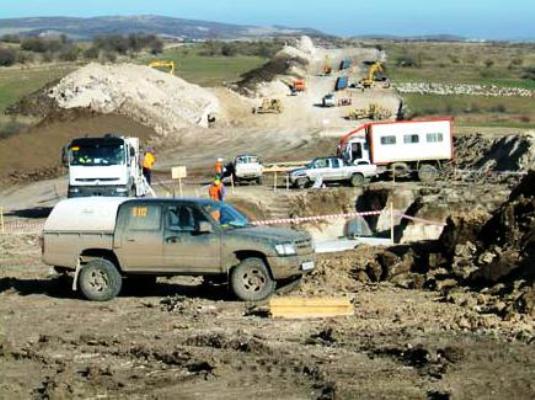 Construction through a volcanic rock area 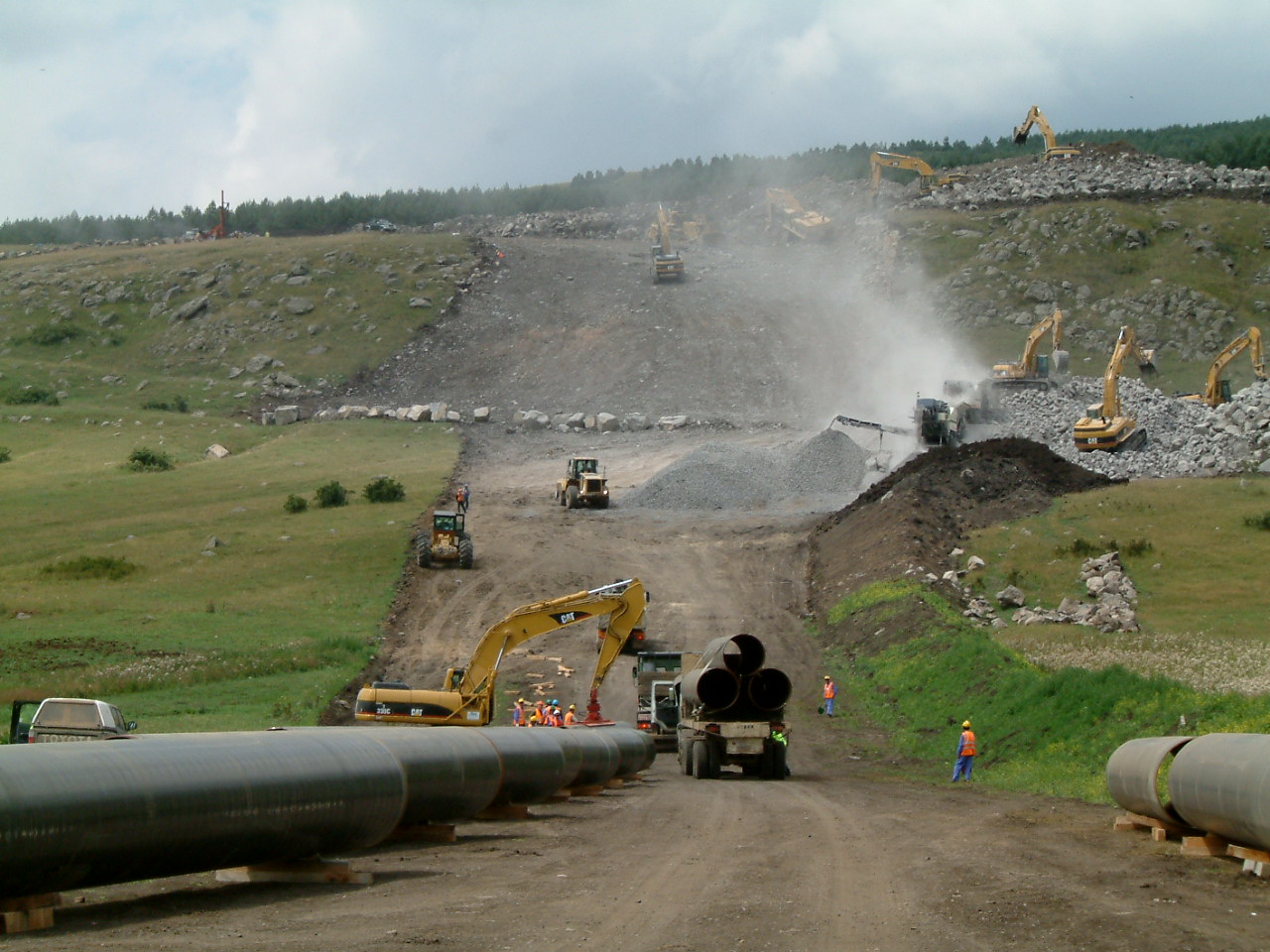 Aerial view of a reinstated river supervised by Andy Huckbody 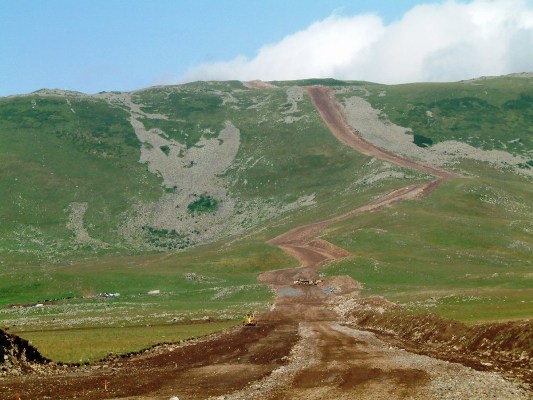 The pipelines traversed volcanoes in the caucasus